Elkton’s Fall Fest 2019 is in the books and we don’t know about you but with temps in the upper 80’s it sure didn’t feel much like fall!

The Friday Night kick-off Party was a BLAST featuring a Classic Car Show filling the streets from the Bow Street all the way up to South Street.  It was a Beautiful evening for admiring hot rods and dancing to sweet tunes of the 50’s featuring ‘The Cruisers. 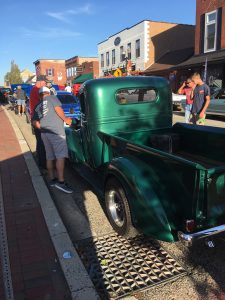 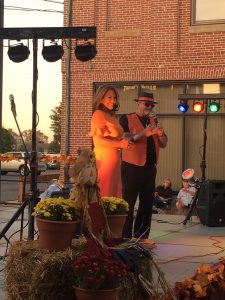 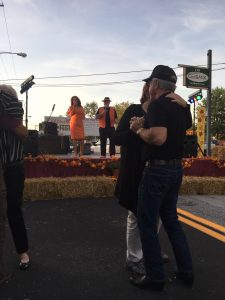 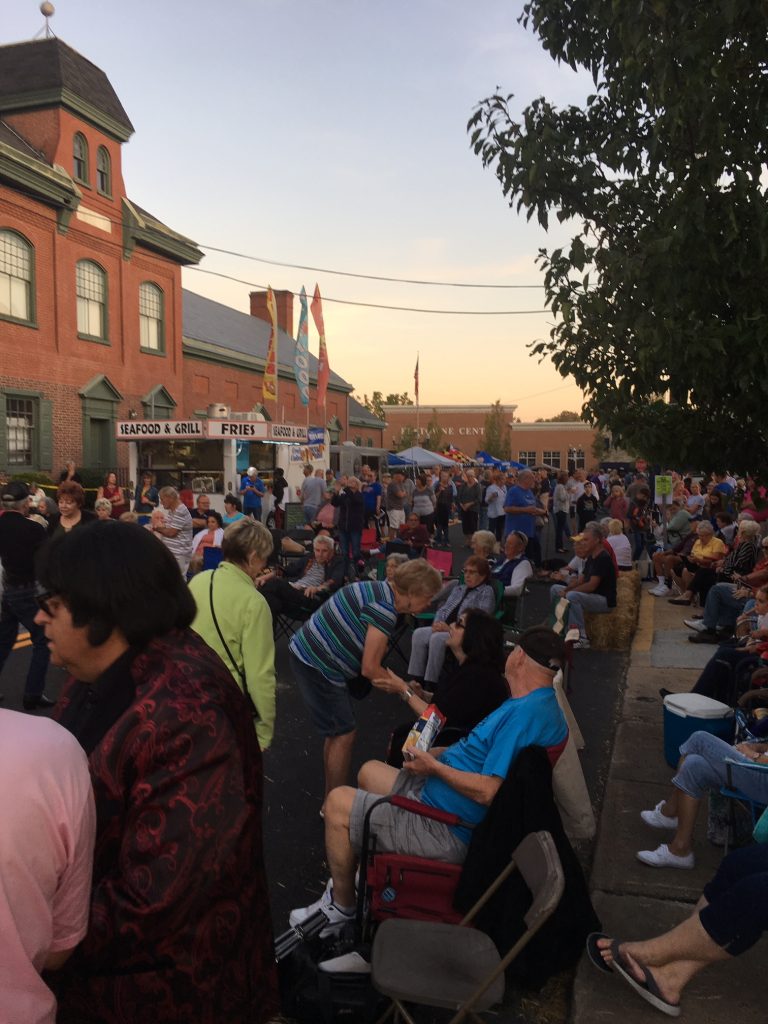 There was also plenty of tasty food on hand.. These guys from Singerly Fire Co. were busy cookin’ up some Amazing BBQ! 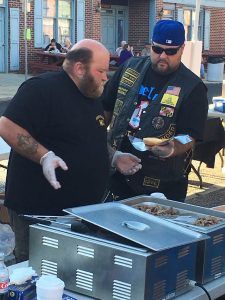 Saturday morning had everyone fooled with a cool mist and mild temps but once that sun was fully risen the festival was ON!  To everyone’s enjoyment the Boy Scouts held their Go-Cart Derby.  Babies presented their best smiles during the Pretty Baby Contest. There was dancing in the street when Bobbie Ann’s Dance Studio featured their multi-talented students.  Drummer Bobby D hosted a rousing drum tribute to the late Mary Jo Jablonski, honoring her memory with a Cecil College Scholarship fund.  There was some fierce competition at the Elkton Voice singing contest hosted by Cecil College Performing Arts and when local band ‘Hepner’s Rebellion’ hit the stage with their bluegrass rock style the party really got rollin’… 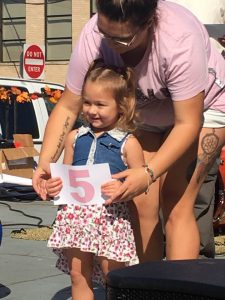 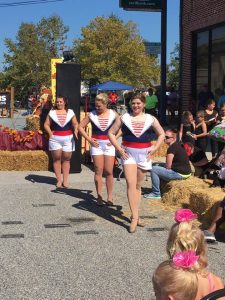 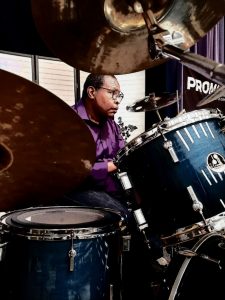 While all these activities were taking place on North Street, nearby on Main Street the crowds were enjoying shopping the vendors and supporting our local merchants.  But the busiest place on Main Street was the Fall Fest Funland, an all NEW addition to Elkton’s Fall Fest!  Local special interest groups featured loads of activities and games to the delight of the younger festival attendees.  There were favorite characters to meet and greet, pumpkins to paint, crafts to make, games to play, prizes to win, a castle to jump in and a giant inflatable obstacle course! 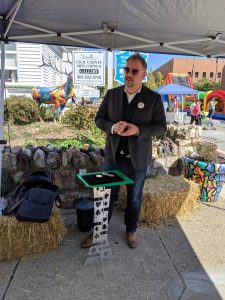 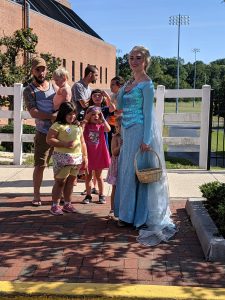 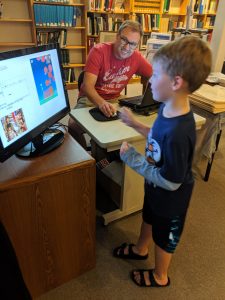 There was a magician who blew minds with his sleight of hand.  A local musician entertained the crowd from the Arts Council Garden and a balloon man twisted whimsical creations for the kids to enjoy.  The adults had fun attending the Historical Society’s Find a Friend event where they could browse year books from all over the county while the kids had the opportunity to try their hand at a virtual reality game provided by the society. 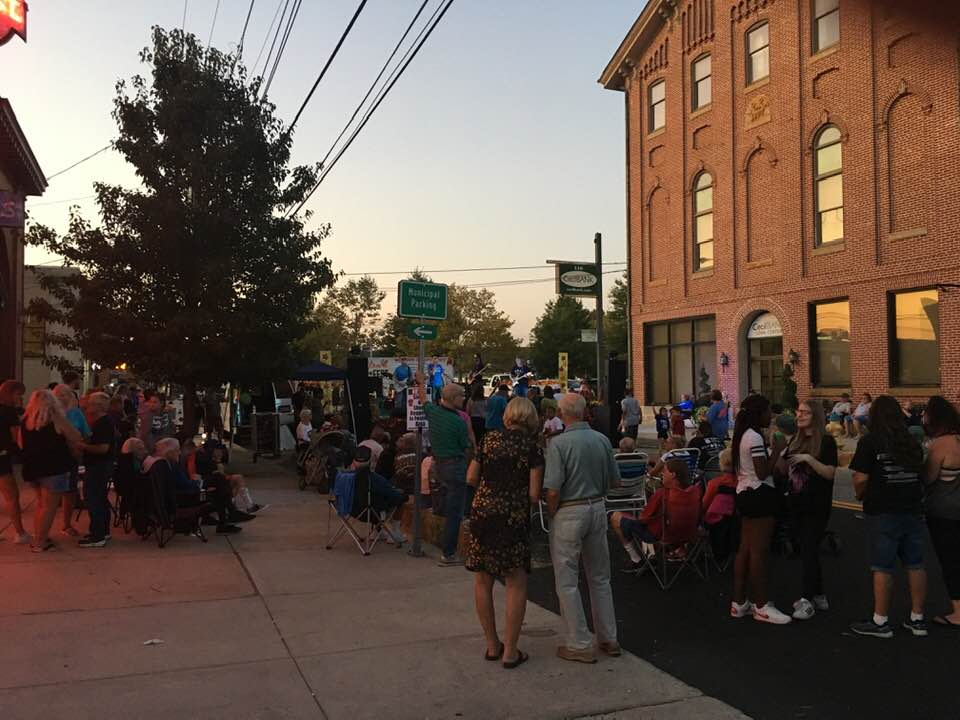 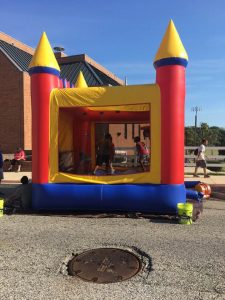 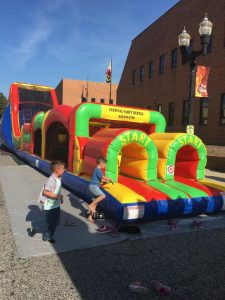 It was sad to see Funland being dismantled after a long, hot day of childhood exuberant energy… Nobody wanted to see those inflatable features be put to bed but there was more fun to be had back at the Main Stage on North Street when the band Jumper took the stage. 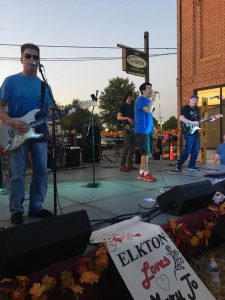 This party band based in Philadelphia had energy to spare and got the crowd dancing and groovin’ to the BEST party music and really put the cherry on top of what undoubtedly was one of the BEST Fall Fest Celebrations yet!…

But just wait ’til NEXT YEAR!